There Is Something About Watching a Man Die in Front of Your Eyes. It Changes You.

There Is Something About Watching a Man Die in Front of Your Eyes. It Changes You. 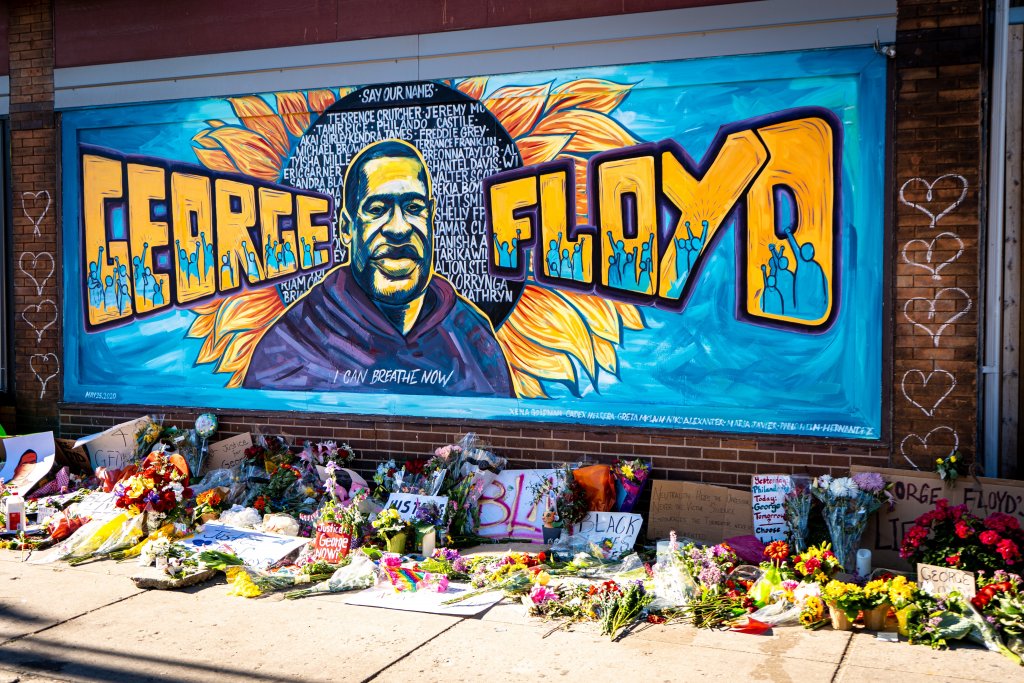 There is something about watching a man die in front of your eyes. It changes you.

This has happened to me twice.

The first was my father 27 months ago. His death was loving, not easy but for the final 12 hours very very peaceful. It was a release and a blessing.

The second was George Floyd.

There was nothing loving, peaceful or blessed about that. Nothing. And nothing can justify his family not having the peace mine did.

Like many of you I have been drawn to the news since then. We live in dangerous, nebulous and consequential times.

I’ve been utterly revolted by the looting in places where the poorest live, sickened by more violence and death, afraid of the deliberate agitation of peaceful protestors and beyond grateful that ours is not a gun culture.

I’ve been more sickened than usual by the depravity of an American President – and that is really saying something – who is utterly obsessed with ‘dominating’. The Donald’s ‘Winning’, apparently is long forgotten.

I’ve been moved to tears by the films of peaceful protests, crowds singing, soldiers and policemen taking the knee. I’ve wept at the dignity of George Floyd’s family. And I’ve been jolted by a request for a comment on a US article about 10,000 Amy Coopers pervading in the HR profession.

It was sent to me at the beginning of the week. And I’ve been pretty much thinking of nothing else – even as I spend the evening listening to George Floyd’s funeral memorial.

For those of you who don’t follow US news, Amy Cooper is the white woman who when asked to put her dog on the leash by an African American, phoned the Police and reported that she was being threatened by said man. Thankfully for him he was filming the whole encounter.

You can read about what happened to Amy Cooper and her dog elsewhere.

Several paras forward and suddenly, according to the writer of this particular article, there are 10,000 Amy Coopers in HR essentially reinforcing structural racism. The writer is American, so I’ll assume that her allegations are focused there in the US. The point was made – with some unattributed numbers thrown in – that the majority of the HR population in the US is female.

My initial reaction to this aspect of the article was total contempt for the evidence free conclusion. I’m still clear on that. My second was that here we go again – this is another evil to put at the door of the HR & OD function.  My third is that our profession absolutely needs to talk about inclusion within HR & OD.

Inclusion is my thing…

I’ve written before that I didn’t expect to write so much on Inclusion since my Presidential term started. And if I am brutally honest, I didn’t want to either. I was already sick of the assumption that because I am a woman, I will have a particular view on the representation of women in organisations. And I’ve spent more energy than I would like to have on challenging the unfair, but common view that every people related issue in an organisation is obviously a HR problem and that the HR function itself is a problem.

And I am becoming ever more enraged at the utterly polarised nature of our language and our politics and the fog that stops us being able to really talk and really listen.

But I am mindful that during the last 5 years I’ve had some profoundly difficult ‘diversity’ related issues to resolve in organisations I have worked for. So perhaps in a weird way, I was always meant to focus on this issue.

The Holy Grail of Inclusion…

Setting aside what I think about this being another issue to hold over HR & OD as a sword of Damocles – honestly, who the hell knows what the Holy Grail of Inclusion is anymore? What is it we are aiming for?

That, it seems to me, is the real issue.

I have said before elsewhere, I don’t care whether you are Male, Female, Gay, Straight, Trans, Jew, Christian, Sufi, Hindu, Muslim, Abled, Disabled, White, Black, Asian, Mixed-race, Chinese etc. I know some people struggle with that, but as my God is my witness, I don’t care about that.

And the reason I don’t are because no-one is just Male or Female, Muslim or Christian, Gay or Straight etc. We are ALL of us, ALL of us, a combination of our family history, our culture(s), our school and work experiences, our capabilities, our religious & non-religious beliefs, our gender and our ethnicities.

What I do give a damn about is that we build organisations that enable ALL people to thrive.  And societies that create laws which deliver equality of opportunity and equity. As HR & OD professionals our obligation is to ensure that we are advocating for and implementing the ‘levelling of the playing field’ for everyone.

I also really give a damn about the language we use and the climate we need to create to tackle the results of a lack of equality and equity of opportunity.

Words matter. ‘ALL of us’ matters for our profession…

Trying to force us into one protected characteristic or the other does nothing to help develop our common understanding about the challenges we all face. And in my conversations this week with colleagues who are from our BAME, LGBTQ+ and other communities, what has struck me even more than usual is that our communities face common and unique challenges.

We definitely don’t talk enough about those common challenges.

And we definitely don’t talk enough about the differences within our communities. One of my wonderful BAME colleagues this week reminded me that it’s wholly wrong to assume all Black Women, or Male Muslims, or Black Disabled people will feel the same about Inclusion related issues.

Duh – of course it is. But how often are we seeing people as protected characteristic first rather than human being first but one who is informed by their unique qualities?

Another of my colleagues said to me when I asked for their views on inclusion in the profession, that no-one had ever asked before. Another told me that they often talked about issues within their own community, but did not share them with other (i.e., White) colleagues.

That made me really sad.  I’ve reflected that much of this is down to the F word.

Fear of questioning whether we’re investing a lot of money and a lot of energy into initiatives that don’t seem to be delivering much change.

Fear of saying that ALL Lives Matter.

And the recognition that unless we really address the systemic disadvantages and racism that has given birth to ‘Black Lives Matter’, All Lives Matter will never feel truly meaningful or equitable.

Truly, if we care about discrimination for one community, then we must care about it for all communities. We are all a member of the community of humanity. We’d do well to remember that more.

We end up again with my earlier question. What is the Holy Grail of Inclusion…?

For our own profession and for our workforce as a whole?

And by the way, what will it take for that to be experienced in the majority community too?  Where, for example, way too many white women are underpaid compared to their white male counterparts. That’s still discrimination.

We’ve got networks, awards, bias training, recruitment process reengineering and conferences coming out of our ears. And there is no question they have a role to play BUT what is less clear is whether they are genuinely addressing inequality of opportunity and inequality of employee experiences.

So, these are the honest, open conversations we’re starting. We need to ask lots of questions:

How many are burdened by the historical experiences of their communities? How many are putting undue pressure on themselves to conform, to try and hide their differences? How many are carrying the weight of expectation of others, how many worry that their perspectives are heard as the perspectives of their whole community? How many of them feel the pressure of living in multiple worlds, especially if the world of work takes them away from the experiences of families and friends. How many of them worry about being the first and making sure they don’t screw up? And how many of us worry about whether our perspective will be heard?

So, we’ll listen and talk more and together work towards our common understanding of Inclusion.

This site uses Akismet to reduce spam. Learn how your comment data is processed.